By clicking “Accept”, you agree to the storing of cookies on your device to enhance site navigation, analyze site usage, and assist in our marketing efforts. View our Privacy Policy for more information.

History of the Monmouthshire & Brecon Canal

Originally constructed over two hundred years ago, the Monmouthshire and Brecon and Abergavenny canals were built for carrying coal, iron and limestone. Their commercial demise came as a result of competition from the Great Western railway, and the present navigable section (leisure traffic only now!) consists of the Brecon & Abergavenny Canal from Brecon to Pontymoile, where it then joins the northern end of a short length of the Monmouthshire Canal, navigable (though slow going) down to Five Locks Basin. Beyond is the now defunct section which drops through thirty (unusable) locks in some six miles to Newport.

The Monmouthshire Canal, including a branch from Malpas to Crumlin, was opened throughout in 1799 with the Brecknock & Abergavenny extending from Brecon to Gilwern by 1800 and reaching Pontymoile by 1812. Both canals were supported by horsedrawn tramroads that were mainly used to bring coal, limestone and iron ore from the hillsides. In 1880 the Monmouthshire & Brecon Canals, as they were then known, were taken over by the Great Western Railway. Within 35 years, commercial carrying had all but ceased.

Throughout the 20th century various parts of the Monmouthshire Canal and its Crumlin Arm were filled in for road construction. The line was all but obliterated through Cwmbran, and was effectively unnavigable further north. However vigorous campaigning by canal enthusiasts heralded a new dawn for the canal, and in 1968, restoration work from Brecon to Pontymoile began in earnest.

Restoration was not without its setbacks. Following a major breach at Llanfoist in 1975, it was a further six years before the line from Brecon to Pontymoile was reopened. More recent developments have included a complete regeneration of the terminus at Brecon, and various works to reclaim the navigation between Pontymoile and Newport. Part of the Crumlin Arm has also been restored by the Mon & Brec Canal Trust and their visitor centre at Fourteen Locks is open regularly: mbact.org.uk

Few traders on the canal in its commercial operating days can have been more colourful than E J Goodden of Gilwern. A big man in every sense of the word – he weighed 18 stone – it was said of him that he used to stand on the Navigation Bridge and say “I am the jaw straightener and the rib bender. When I shout the village trembles.” Edwin John Goodden was born in Louther or possibly Louthfield in Devon in 1847. By the 1870s he was living in Norfolk and there married Anna Newton Butler, daughter of miller William Newton Butler of Tottenhill. Edwin and Anna later moved to South Wales, they had six children. Albert, Lily, Ethel, Ernest, Blanche and Victor. (The 1881 census records Edwin Goodden as an auctioneer.

Perhaps he specialised in livestock as all three of his sons became butchers). In March 1892 he appears for the first time in Great Western Railway wharf age books as a trader on the Monmouthshire and Brecon canal. He may well have bought out the business of E. Williams, who stopped carrying at that time. In 1894 Goodden had licences for two boats. Alfred Edwards, who appears in the 1901 census as a Gilwern boatman, probably worked for Goodden. Coal from Govilon to Gilwern was the staple trade – sold from the Goodden compound at the back of the towpath just upstream of Gilwern Bridge – but coal was also carried to Llangattock and Llangynidr. Other cargoes to various destinations included timber, stone, bricks and beer. Possibly as early as 1895, the business had begun to diversify into pleasure boating.

In 1918 there were 10 boats; by 1928 they had 25 rowing boats and a ‘tow boat’, the ‘Grace Darling’. The boats varied in style and class; responsible customers would be hired boats with cushions. Boys did not get cushions! Dora, the best boat, was named after Albert’s wife and boasted three cushions and space for a picnic hamper at the bows. In those heady days thousands of people flocked to Gilwern on sunny summer weekends. There would be standing room only on the wharf, which stretched from the bridge to the school, and boats might have bookings up to 5 hours ahead. The Gooddens’ Road House Café did a roaring trade and on Bank Holidays a Lyons van made special deliveries to keep them supplied with ice cream. Edwin John Goodden died in 1920 and the running of the business was taken over by his eldest son Albert. Family tradition describes Bert as a ‘real miser’. Certainly he was very careful in his dealings with GWR and in his first year cut licence costs by reducing the rowing boat fleet to 21.

In its final years in Goodden hands the business was run by Gordon Price, son of Edwin’s daughter Blanche and her husband John William Price. In 1972 Gordon Price sold out to Messrs. Coe and Vowles, who diversified by adding steel narrowboats for hire, and in 1985 the business, now known as Road House Narrowboats, was bought by John and Jenny Smith who over 26 years replaced the narrowboats with new boats specially designed for the shallow waters and narrow sections of the Mon & Brec Canal.

As of April 2011 Nigel & Sally Curtis became the fifth owners of the boat business and property with four traditional cruiser style narrow boats. In March 2012 Nigel & Sally reopened the former café room within 50 Main Road as a reception/gift shop as Mr Smith had previously for a period of time. In 2021 they added a new 5th boat, Gilwern Countess, to the fleet.

Road House Narrowboats thus has a direct commercial succession from Goodden’s carrying operations. By far the oldest boating company on the canal, we maintain a boating operation started well over a hundred years ago.

Information has been gathered by John Norris from several sources, including oral recollections from Edwin John Goodden’s great grandson Mel, to whom we express our gratitude. 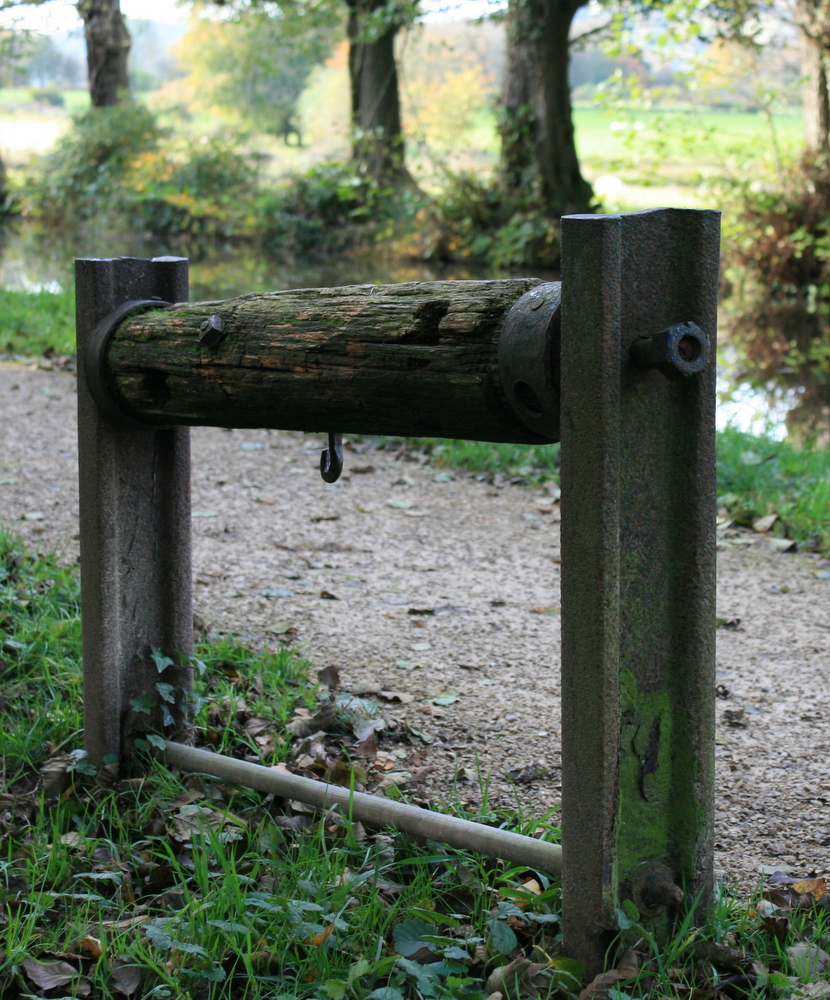 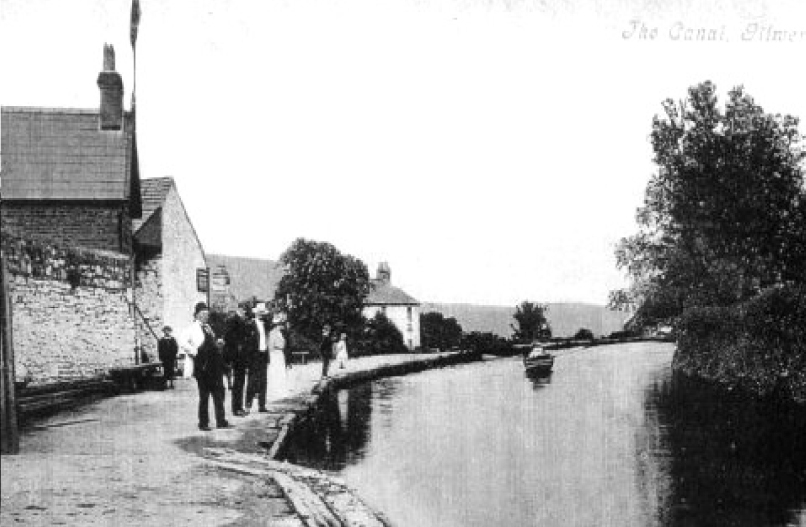 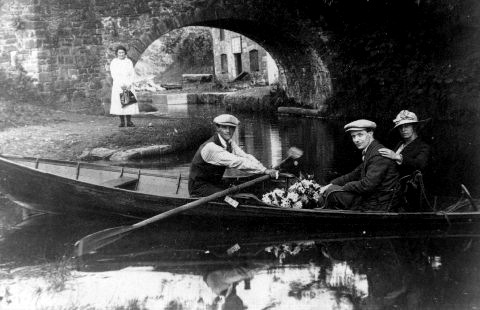 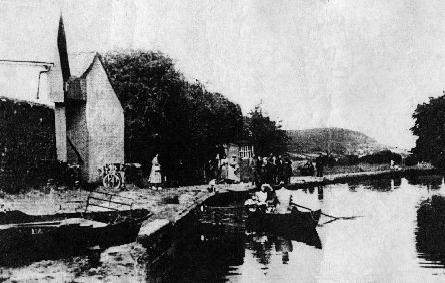 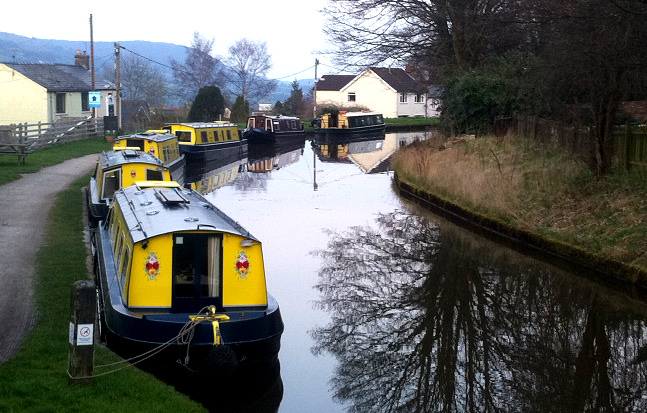